SDRs  and  Balance of Payments (BoP)

SDRs  and  Balance of Payments (BoP)

A A recent report by the RBI shows that India received support of $17.86 billion in August 2021 by way of Special Drawing Rights (SDRs) has helped cushion the worsening current account deficit. 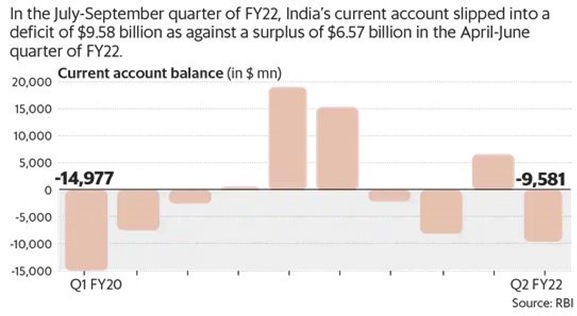 Q What are the key components of BOP?

A The BOP divides transactions of a country with the rest of the world into two accounts:

Q What does the SDR support signify?

Q Is dependence on SDR a matter of concern?

A A BOP dependent on an SDR-dependent capital account surplus to cushion the country’s widening current account deficit is not a comfortable position to be in.

Q What is Foreign Exchange Reserve ?

Q  What is significance of these reserves ?

Q What are Initiatives taken by the government to increase forex ?